Please find below just a few examples of our students' achievements.  Keep an eye on our news pages and galleries for reports and photos of recent performances.

On Monday the 29th of February over 30 students from KS3 competed in ‘The Great Big Dance Off’ at The Beck Theatre, Hayes.  A mixture of students form Year 7 – 9 auditioned in November and were invited to compete against 17 other entries from KS3 – KS4. This was the first year that our school had entered the competition, and for some students their first ever performance on stage. As a dance department we are incredibly proud of all of our students, and the commitment they have shown over the months with rehearsal and extra performances.  They gave spectacular performances and are a credit to the department and school. Our entries placed 5th, 11th, 12th and 14th. A gallery of images is available here. 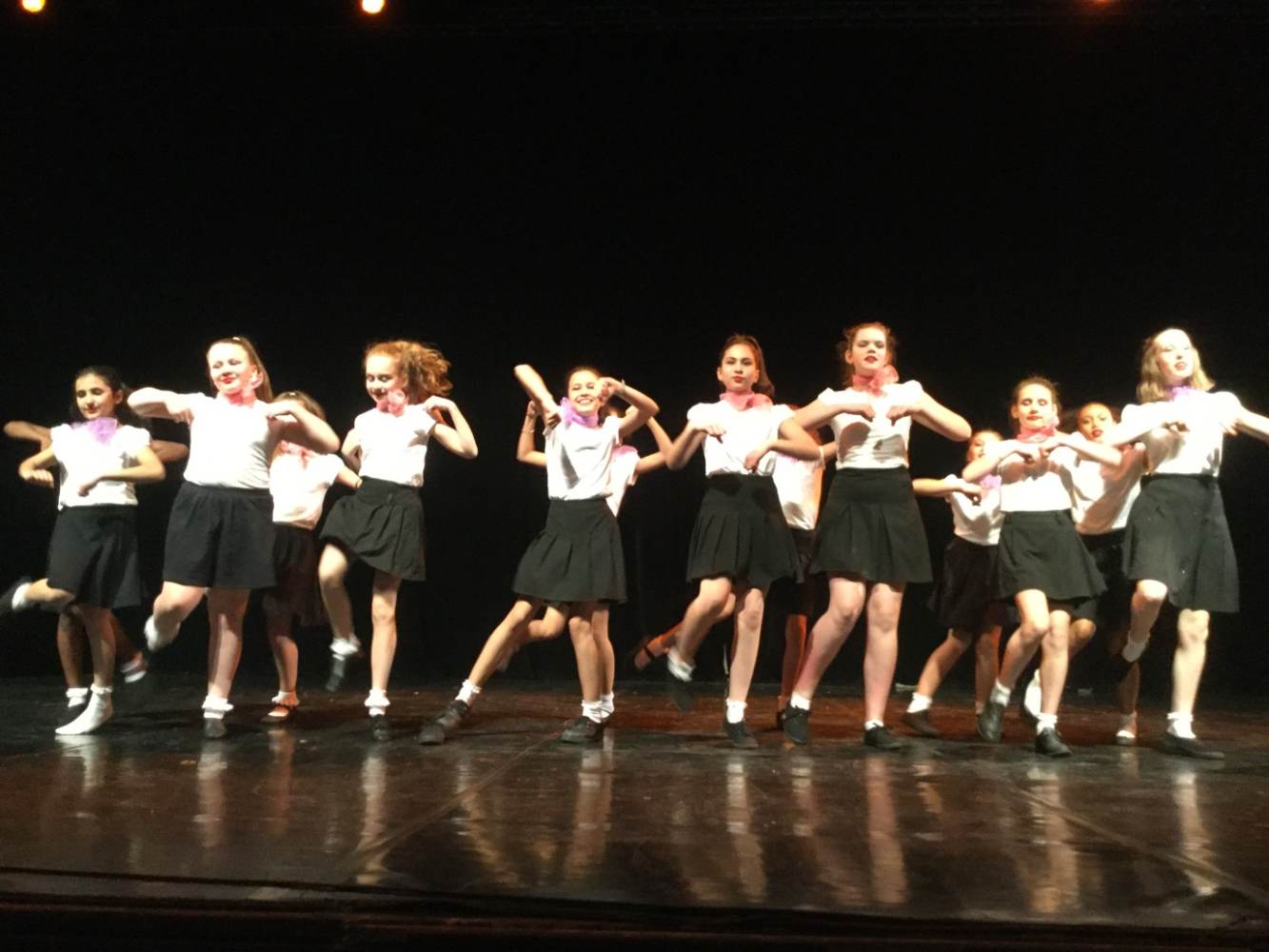 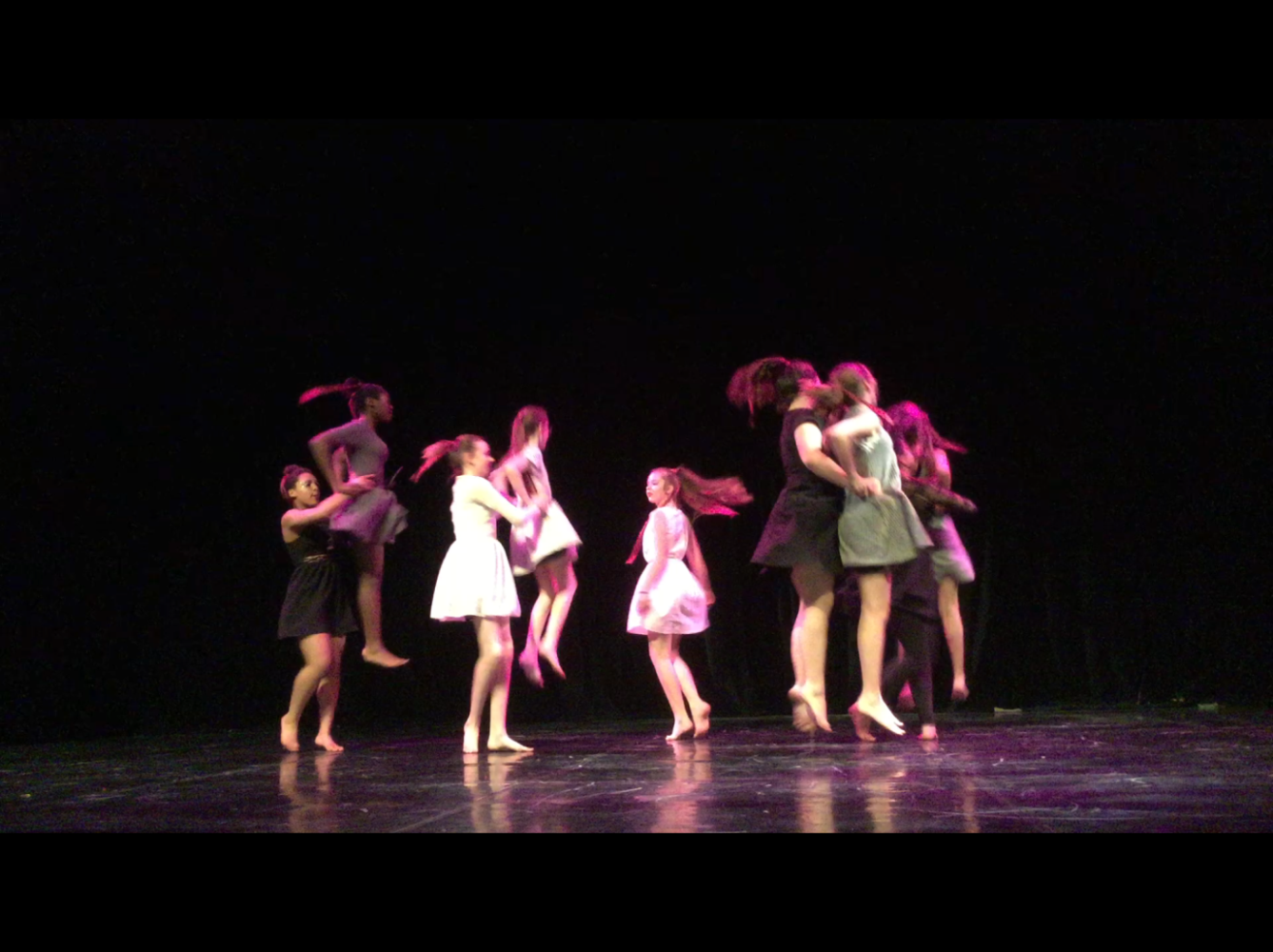 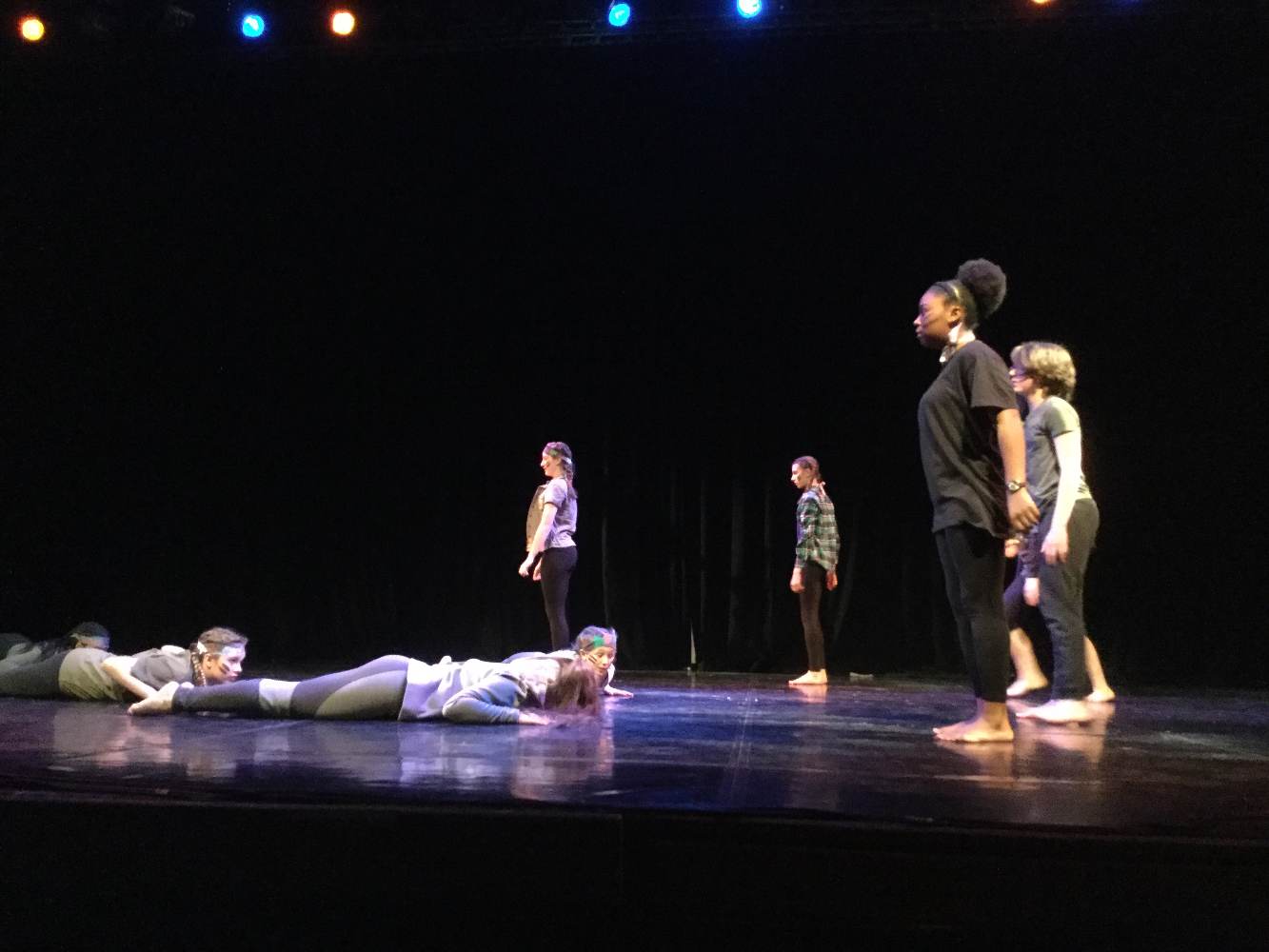 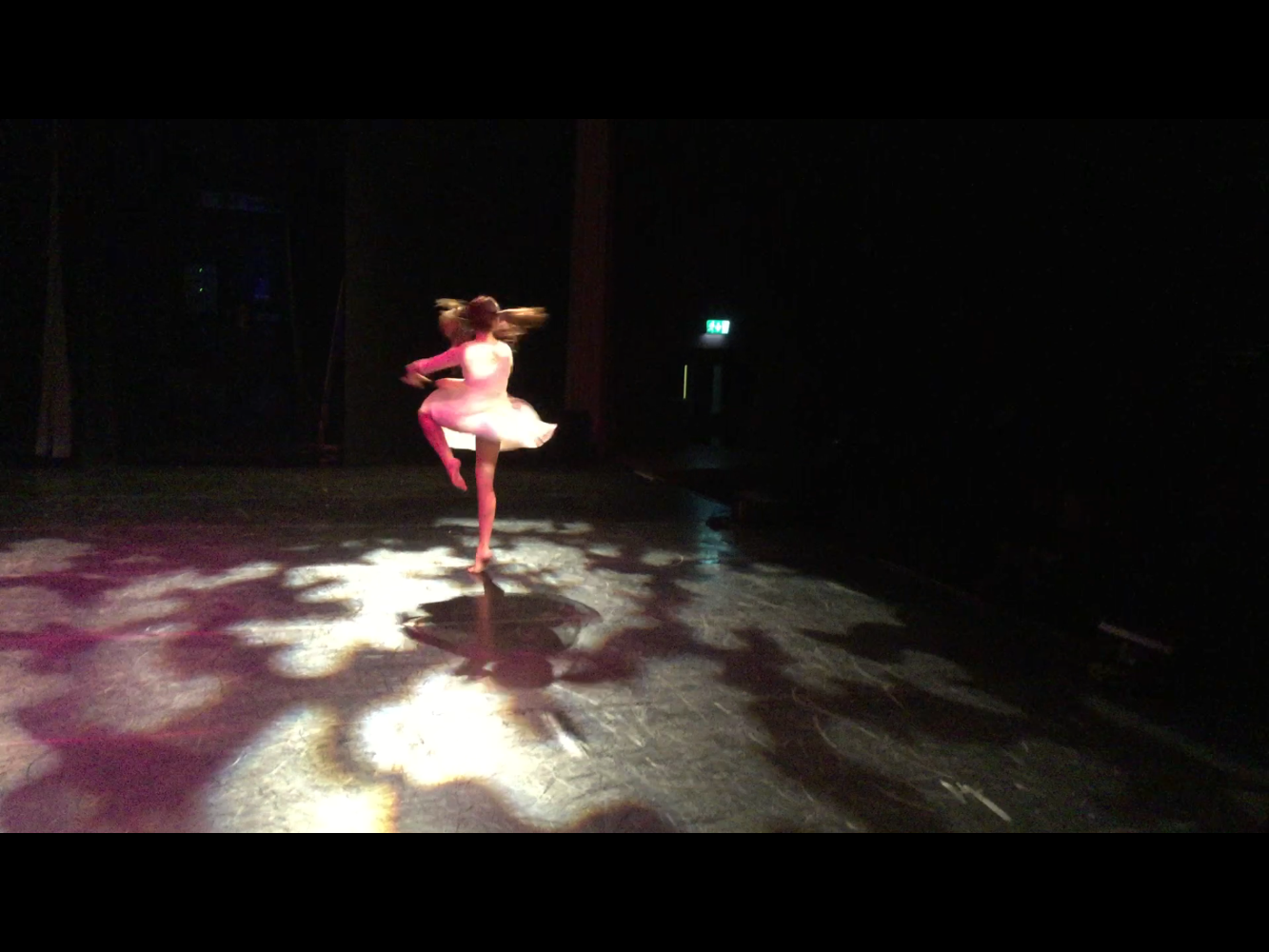 On the 17th of December more than 30 students successfully auditioned for The Great Big Dance Off to compete in the London Heats. KS3 Dance Clubs participated in weekly lunch time rehearsals throughout October to December learning and choreographing in a dance style of their choice. If successful in their next stage, the students will be invited to Nationals where they will compete against schools from all around England and Wales. We are incredibly proud as a school and dance department of their hard work and diligence in achieving this opportunity to compete again other London Schools.

The successful groups include:

A gallery of images is available here

On the 28th November The Wansteady Break Boys Crew competed in the ‘Step Into Battle’ Annual competition. They competed in both the 2v2 battle and the break dancing battle. In both they got to the final rounds and showed professionalism, flair and dedication as they battled against competing London schools for the trophy and the title.

The Wansteady Crew are now into their 4th year of competing and, due to their dedication, they have been asked to open the Step Live dance show later this year. This is an honour and the Crew should be extremely proud of their successes. Out of their 4 years of competing they have come away champions twice and gained second place twice. This team is an example of hard work and dedication to their craft and are a credit to the school, particularly the Performing Arts department.

The event is organised by Step into Dance, a community youth programme which aims to encourage greater participation and understanding in all forms of dance. Step into Dance is a partnership programme between the Royal Academy of Dance and The Jack Petchey Foundation. To see more photos click here  www.flickr.com/photos/stepintodance/sets/72157661798120936/

A gallery of images is available here

Students ‘Take the Stage’ at the Donmar 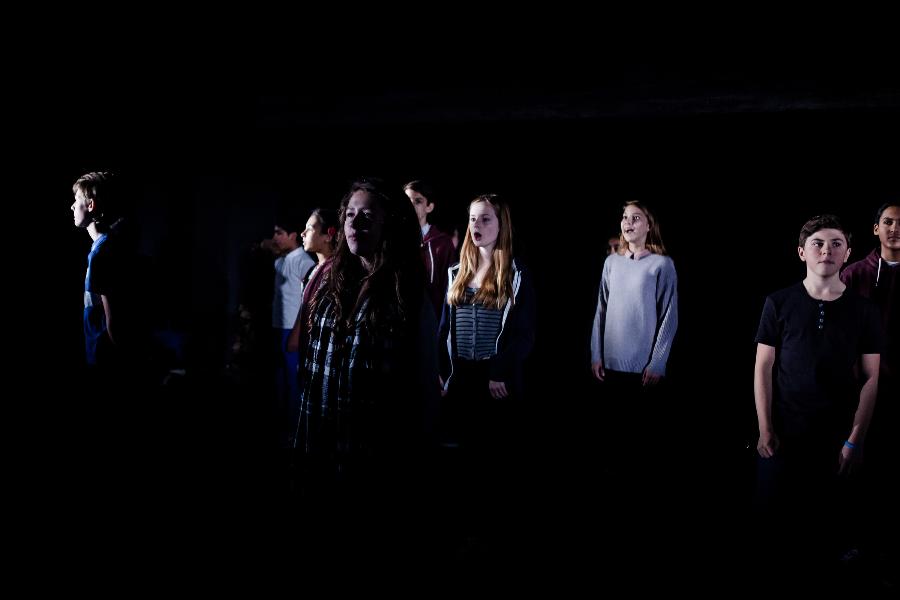 We were very lucky to be selected, for a second time, to join the Donmar’s Take the Stage programme.  A group of twenty year nine students took part, firstly enjoying a whole day at the Donmar with a director before watching an amazing production of the play Roots.  Director Russell Lucas then worked with the group in school to develop a piece in response to the production.  The culmination of this exciting programme saw our students take to the Donmar stage, alongside three other schools, to perform in front of an audience of parents, actors and Donmar patrons.  A highlight for many was the wonderful feedback from actress Linda Bassett, who they had all seen perform at the start of the programme. 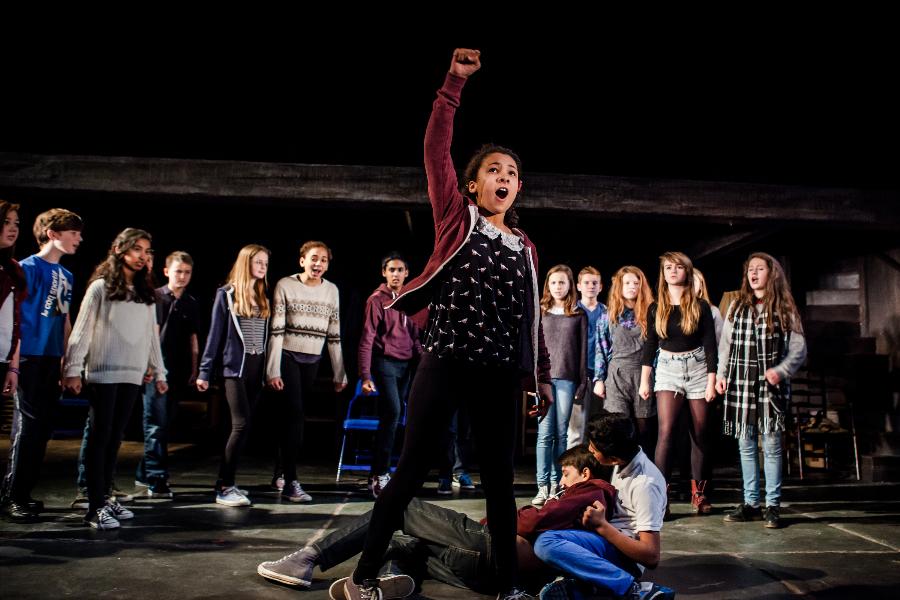 For more information on Take the Stage please see:

The Donmar also offer schools the chance to come to productions at a heavily subsidised price.  To find out more please see:

London’s Leicester Square was recently host to the very first National Youth Film Festival Awards, celebrating the best in student made film and animation from the past year. It also celebrated the work of FILMCLUBs across the country, encouraging young people to learn through and about film.

Wanstead High School's FILMCLUB was awarded with the Best Film Club accolade in front of an audience of student film makers and industry professionals, including Jim Carter who plays Mr Carson in Downton Abbey. Student representatives from Wanstead went up on stage to collect their award during the glitzy ceremony.

Ella Revan FILMCLUB leader for Wanstead High said “It was a very special day for Wanstead and our FILMCLUB. We have all worked so hard making our club into the success it is and hope that this award will inspire even more people to join and be part of this amazing club”.

Melanie Warner, Assistant Headteacher commented that “we are thrilled to have received this award. It means so much to the school and all the members of our FILMCLUB  The excitement of our students who attended the awards event was really contagious and the impact winning has had is amazing.  It was great to see our young people being interviewed about the award, with their confidence to do so largely down to their involvement with the club.”

To find out more about the award, and to read about some of the other fantastic clubs from around the country who were also nominated please click here.

Having enjoyed performing at Buckingham Palace at the Coronation Festival in July 2013, Bella has since joined the full orchestra of the National Youth Orchestra on stage at the Royal Albert Hall for Prom 38: Beethoven's Ninth Symphony. 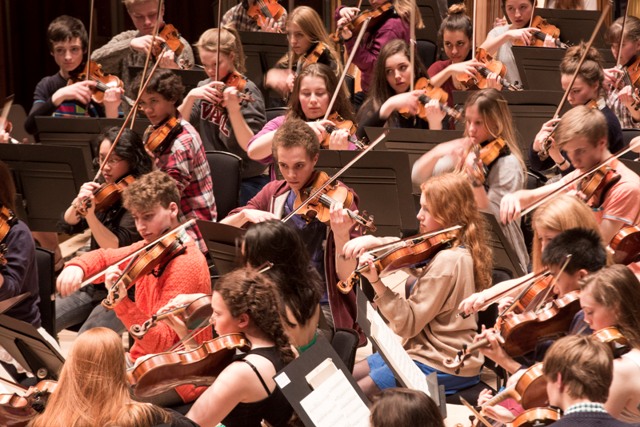 To listen to the concert and find out more about the National Youth Orchestra please see:
http://www.bbc.co.uk/proms/whats-on/2013/august-11/14710
http://www.nyo.org.uk/

On Tuesday 18 December, 2012, break dance crews from secondary schools all over London gathered at Acland Burghley School in Camden, to battle it out. WanSteady Crew from Wanstead High School won the title, ‘Step in2 Bboy Battle Champions’.

‘Step in2 Battle’ events are a celebration of the skills of street dancers on the Step into Dance programme. The event came complete with DJ, MC, judges and trophies! Ashley Patricks, Eugene Fong and Lee Crowley from Soul Mavericks Crew (ranked second in the world for break dance) were this year’s judges. Ashley said ‘the winning crew for me is one that can tell a story when they battle and make their moves flow with the music.’ 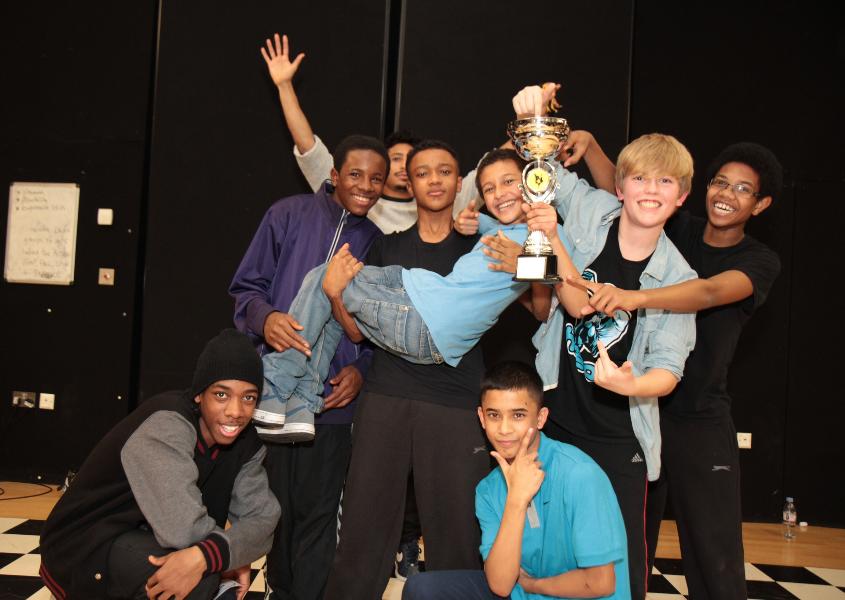 The event was organised by Step into Dance, a community youth programme which aims to encourage greater participation and understanding in all forms of dance. Step into Dance is a partnership programme between the Royal Academy of Dance and The Jack Petchey Foundation. To see more photos of the event please click here.

David Turay performed with his band Psylus at the Queen Elizabeth Hall at the South Bank Centre on 13th November 2012, playing with confidence, maturity, passion and the sense of showmanship of a seasoned professional jazz musician.  Switching fluently between alto and soprano sax, David led the band through an hour-long set of original compositions in front of an audience of over 600. 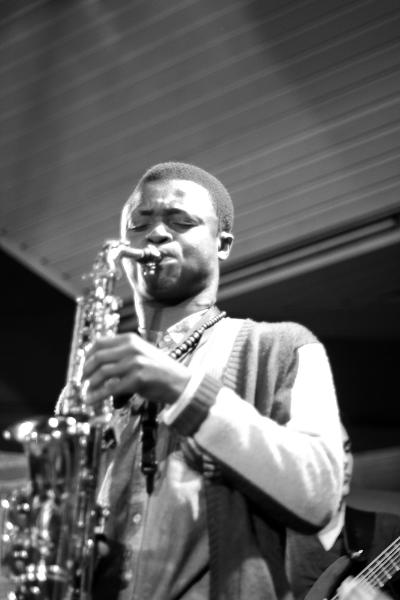 David is the first student at the school to have ever taken part in the London Jazz Festival, which is an extremely prestigious international festival attracting the best jazz musicians from around the world, including Herbie Hancock and Esperanza Spalding.

A review by the Young and Serious team.

Students perform on stage at the Donmar 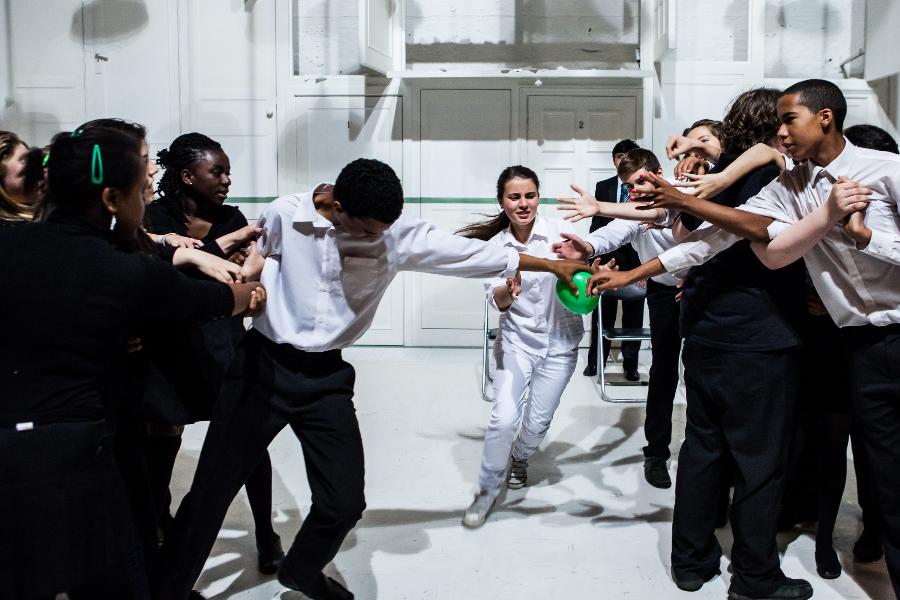 Wanstead High School were very excited to see a group of year nine students take to the stage at the Donmar theatre as the culmination of an exciting project where they considered their response to ethical questions raised by ‘The Physicists’, a recent production at the Donmar which asked the question ‘What would you do if you discovered that you had the power to destroy the world? Who would you share that power with?’

Donmar Education led the project which combined history, philosophy, drama and physics to explore the profound ethical questions raised by the theatre’s production of THE PHYSICISTS. This project was specifically designed for Key Stage 3 students, and aimed to use drama and performance as a way of encouraging young people to engage in real debate about issues affecting the world today. The project encompassed the Cold War, the arms race, nuclear power, climate change, and many more issues.  Theatre Director, Simon Evans, worked with the students in school to create a performance which considered these themes and illustrated them clearly to an invited audience at the Donmar which included Donmar’s Artistic Director, Josie Rourke, patrons and parents.

Mark Whitehead (Head of Drama at Wanstead High) reported, “It is very exciting to see students of Wanstead High School performing on a stage that has seen famous actors such as Jude Law, Nicole Kidman, James McAvoy, Rachel Weisz and Chewitel Ejiofor tread the boards there. We are really very grateful that our students were given such a wonderful opportunity and hope that it has inspired some of them to maybe work at the Donmar Warehouse or elsewhere as performers, directors, writers, technicians etc professionally themselves one day. The students were exceptionally engaged and responsive throughout this whole process and we felt a very justifiable sense of pride at their achievements.”

Four of our talented students, Ruby, Natalia, Alice and Shauna, have won the award for best school production at the Limelight Film Awards.  They received the award at a wonderful event at the Troxy in East London, which was attended byover 500 film makers, celebrities and film / media personalities.  Three of the team are pictured here with Shaun Williamson (Extras, Eastenders).

Their winning film, 'Dear Dad', is a comedy short which displays the team's excellent cinematography and editing skills.

For more information on the the awards please see:

Film Club nominated as Film Club of the Year!

Wanstead High School Film Club is very excited, for the second year running, to be one of only 3 schools out of 7000 to be nominated as Film Club of the Year.

Students from each of our three film clubs are due to attend the star studded First Light Film Awards, hosted by Edith Bowman, at the BFI in March where we will find out if we have won.

Our Film Club was nominated in particular for the staff and students’ commitment, enthusiasm and knowledge of film which is shared with our many film clubbers from years seven through to thirteen who attend each week.  A recent Olympic themed Film Festival saw us screen Offside and Africa United, alongside Cool Runnings, while for China week members enjoyed CJ7, Hero and Chunking Express.

For more information or to join please see the team in Media, room 25, or ask your tutor about this week’s film for your year group.

Our dance teacher, Ms Clements, recently took some students to the Barbican to see Dance Marathon, by Bluemouth Inc. It was audience participation all the way, joining in with free dance, following instructions to learn set pieces whilst enjoying listening to monologues and a great live band.  The fantastic evening saw Wanstead High school students and staff taking seven out of the twelve semi-finalist places and two of our students fighting off fierce competition from over 200 people to win a trophy at the end of a very enjoyable evening. 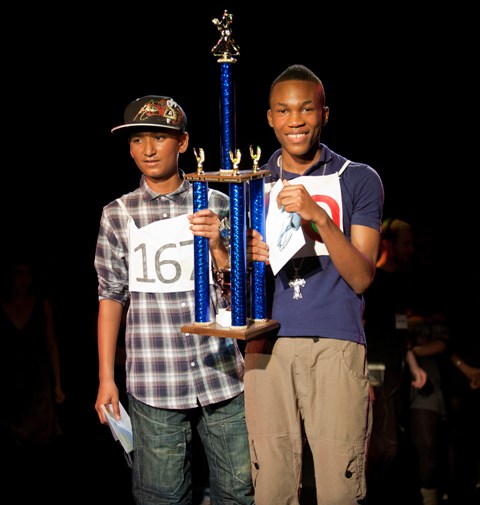 To watch, and listen to,  three of our students performing live at the Barbican as part of the East London Creative Jazz Orchestra please follow this link: